The Council of State has advised indigenous banks which cannot meet the Bank of Ghana’s (BoG’s) capital requirements to enter into mergers in order to compete favourably and ensure sanity in the banking sector.

The advice was given after two hours of deliberations at the council’s meeting held yesterday in Accra.

The closed-door crunch meeting with the Governor of the BoG, Dr Ernest Kwamina Yedu Addison, discussed issues concerning the banking sector and also deliberated on a petition submitted by indigenous banks to President Nana Addo Dankwa Akufo-Addo, with a copy to the council.

Many indigenous banks have lately come under pressure following the BoG’s tightening of its supervisory role in the banking sector.

The cry of the indigenous banks stems from the increase, in September 2017, of the capitalisation requirement for the banks from GH¢120 million to GH¢400 million which the banks are supposed to meet by the end of December 2018.

However, the indigenous banks have asked the BoG to stagger the amount, so that they pay up in three or four years.

They argue that if they are made to go under or merge, there will be unemployment issues, since they employ many of the youth, while the banking sector will be dominated by foreign banks.

The BoG is, however, of the view that the increased capitalisation requirement will secure depositors’ funds, strengthen the financial sector and strengthen the ability of the indigenous banks to deliver on their mandate and play an active role in the growth of Ghana’s economy. 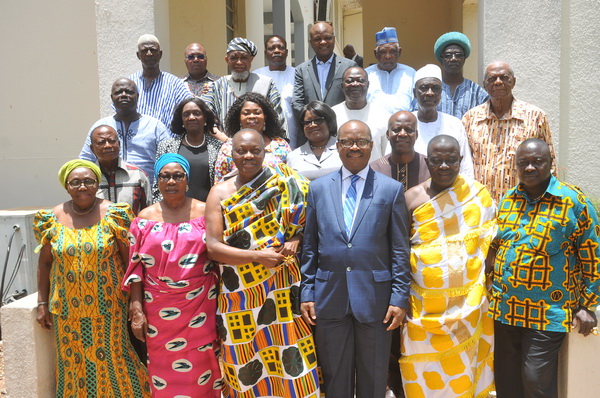 At the meeting, Dr Addison also briefed the council on the position of the BoG regarding challenges affecting the operations of the indigenous banks and the measures that had been adopted. so far.

After extensive discussions and a careful examination of all available options, the meeting, chaired by the Chairman of the Council of State, Nana Otuo Siriboe II, urged the BoG to intensify its due diligence, monitoring and enforcement processes to safeguard the interest of depositors.

“Ultimately, depositors’ interests must be protected at all times and the public needs to be so assured to boost confidence in the banking sector,” it said.

It declared its support for the measures so far taken by the BoG to ensure prudence in the banking sector but urged the broadening of avenues for public engagement.

The last time the Bank of Ghana increased the capital requirement for banks was in 2012 when it moved it from GH¢60 million to GH¢120 million.

Tweet
More in this category: « $19 billion China loan will arrive in August – Hamid Ghana And Japan To Strengthen Economic And Development Partnerships »