UCL :Atletico Madrid pip Liverpool as Haaland powers Dortmund past PSG
Liverpool's defence of their Champions League title hangs in the balance after Saul Niguez's early strike gave Atletico Madrid an aggregate lead going into the second leg at Anfield. The Reds were given a dose of their own medicine as Atletico

Son Heung-min out for 'number of weeks' with broken arm
Tottenham forward Son Heung-min could be out for 'months' after breaking his arm in the first minute of Sunday's win against Aston Villa. Spurs confirmed the news on Tuesday of the injury to Son's right elbow which means he will be sidelined for at

United stun Chelsea to close in on top 4
LONDON: Headed goals from Anthony Martial and Harry Maguire earned Manchester United a 2-0 win at Chelsea on Monday, putting them back in the hunt for a top four Premier League finish. In a high tempo, if often scrappy, game Ole Gunnar

Hearts of Oak & GOIL extend partnership deal
Ghana Oil Company Limited (GOIL) and Hearts of Oak have extended their partnership by one year. The contract was signed on Friday, 14 February, 2020 and expected to expire in February 2021 which could see a possible extension for more years. GOIL

Audit reveals CAF in disarray
An audit into the state of the Confederation of African Football (CAF) has revealed an organisation in a state of disarray - both with regard to finances and governance. Carried out by Pricewaterhouse Cooper, the audit describes CAF's accounting as

An audit into the state of the Confederation of African Football (CAF) has revealed an organisation in a state of disarray - both with regard to finances and governance.

Carried out by Pricewaterhouse Cooper, the audit describes CAF's accounting as 'unreliable and not trustworthy' as it highlights transactions totalling in excess of $20m which either have 'little or no supporting documentation' or are considered 'higher risk.'

One area it suggests further investigating is 'the role played' by CAF President Ahmad and his attaché Loic Gerand, among others, in the deal with French company Tactical Steel - some of whose financial dealings with Caf are described as 'highly suspicious'.

Ahmad has already strenuously denied any wrongdoing with regard to this case.

The forensic audit - which was complicated by CAF's tendency to make most of its payments in cash - also suggested considerable reforms were needed throughout Caf.

The organisation's structure is described as being over-reliant on decisions made by the Executive Committee (ExCo), despite the latter meeting 'once a quarter, resulting in delays in key decision-making and preventing managers of Caf departments from making timely business-critical decisions'.

In addition, a lack of clarity in CAF's organisational structure has left departments 'understaffed' and existing staff both 'overworked' and 'generally demotivated'.

The confidential audit, a copy of which has been seen by the BBC, was carried out as part of the unprecedented decision to send Fifa's Secretary General to improve the governance of African football's ruling body.

Fatma Samoura concluded her six-month role in early February, whereupon she presented her findings to leading figures in the CAF administration, who have said they will address the recommendations laid out by a joint FIFA/CAF taskforce.

These include, among others, major restructuring of CAF's organisational hierarchy, introducing a term limit for both the President and ExCo members and the introduction of an ethics code.

Whether ExCo members, who determine their own salaries and bonuses according to an audit which suggests amending this, are prepared to approve fundamental changes when they meet on Friday is another matter.

"More than 30 years of an outdated and patriarchal management at CAF have resulted in important shortcomings at all levels of operations," Caf said in a statement earlier this week.

"CAF will persevere ... to ensure that we achieve the highest international standards."

The damning audit highlights a raft of financial deals which require further investigation, with CAF President Ahmad, a 60-year-old from Madagascar, one of those under scrutiny. 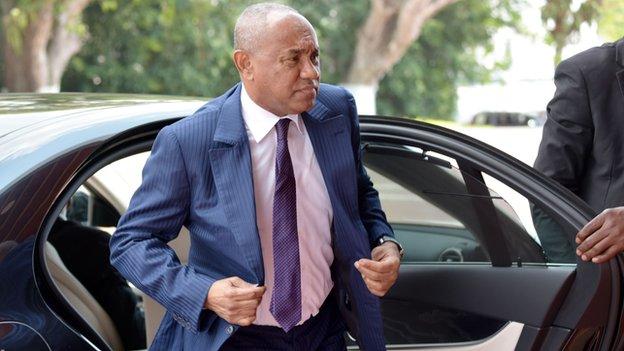 PwC wants investigation into Ahmad's role in the controversial decision to employ a little-known gym equipment manufacturer to become a key supplier of sportswear to CAF.

Ahmad has previously told the BBC - in response to being asked if he had cancelled a deal with sportswear company Puma (value: $248,055) to take up a larger order with Tactical Steel (value: $1,015,313) in December 2017 - that the accusations were 'false, malicious, defamatory (and) part of a vendetta'.

This was an accusation levelled at his former General Secretary, Amr Fahmy, who had formally complained to Fifa - as did CAF's former Finance Director Mohamed El Sherei - with both men having since been relieved of their posts. (The audit recommends assessing both the roles of Fahmy and CAF's finance department regarding Tactical Steel.)

"From the communications reviewed, it appears that CAF's President office was directly involved in agreeing to the initial offer of Tactical Steel and then the additional handling and logistics costs without involving relevant departments in CAF such as Procurement, Marketing and Finance," states PwC. 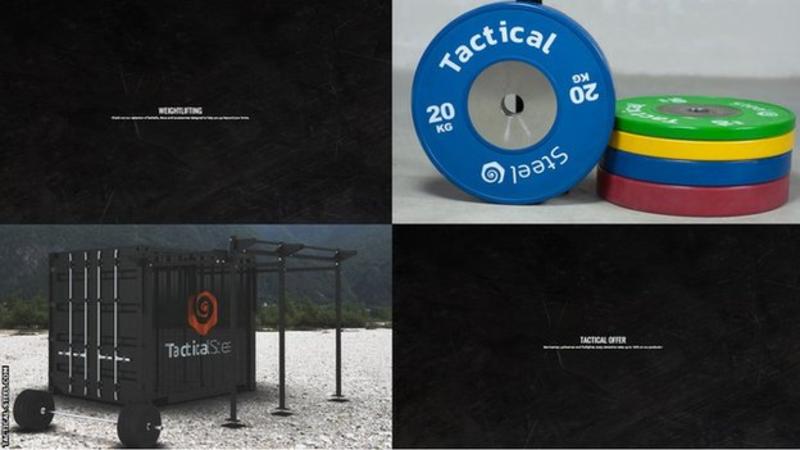 During the course of this deal - which was to provide sportswear and footballs, among other items - several payments made by CAF to Tactical Steel and the latter's affiliate ES Pro Consulting Ltd, based in the United Arab Emirates, were returned to CAF for reasons that are unclear.

"The refunds from Tactical Steel and ES Pro Consulting … are highly suspicious which could potentially indicate a kick-back arrangement between parties involved or a case of tax evasion through off-shore payments," ventured the audit.

In June 2019, Ahmad - who took charge of CAF in March 2017 - was questioned in the French capital Paris by anti-corruption authorities before being released without charge.

PwC's audit has also suggested closing down CAF's Emergency Committee, a group involving the CAF President and any three ExCo members which can bypass ExCo and fast track decision-making.

"Based on the documentation at hand, it appears that the decisions of the Emergency Committee has (sic) been taken in a less than transparent matter," the report stated.

The audit says it observed 'multiple payments for the same period/dates' when it came to claiming travel expenses - and although it failed to mention Ahmad by name, the BBC reported last year on how the CAF President received two different sets of expenses when claiming to be in two different countries at the same time.

Given that the audit was conducted 'in relation to Fifa Ethics guidance', it remains to be seen what action - if any - will be taken against the Malagasy. 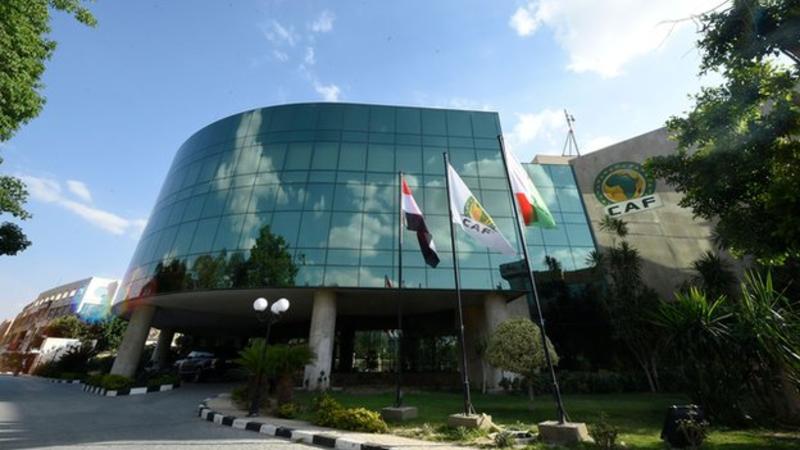 As part of its audit, PwC reviewed just under $10m of payments made with money that Fifa gave to CAF to distribute as part of its FIFA Forward programme, which aims to enhance football development in countries across the world.

However, only 5 of the 40 payments "appeared to be aligned to purpose," said the report.

The rest - totalling some $8.3m - either had 'little or no supporting documentation' or were considered 'unusual/higher risk' with no patterns 'identified in terms of the nature or the value of the payments'.

Details were thin on the ground in some cases - with the central and East African region Cecafa receiving a payment of $500,125 when the only information given was that this was to organise an Under-17 match in Burundi.

Meanwhile, southern African region Cosafa was allocated $412,246 to stage an Under-20 game.

Of the 66 high-risk payments reviewed, 48 - worth some $11m - had insufficient documentation.

Particularly troubling were three payments of $100,125 each supposedly made for the benefit of the Liberian FA - one of which ended up in Estonia, two of which were sent to a mystery company in Poland.

This was called Rosenbaum Contemporary and when its website was operating - prior to disappearing in 2019 - it identified itself as an industrial company.

Why the money went there is unclear, with PwC recommending legal action to recover the funds as well as a desire to 'rule out "insider" involvement' within Caf.

Complicating matters for those trying to understand the true nature of Caf's finances is the fact that many of the organisation's payments are made in cash, particularly to staff.

Of the 25 information requests that PwC made to Caf, all were granted save for three - with both 'bonuses' and 'travel expenses' among the latter. 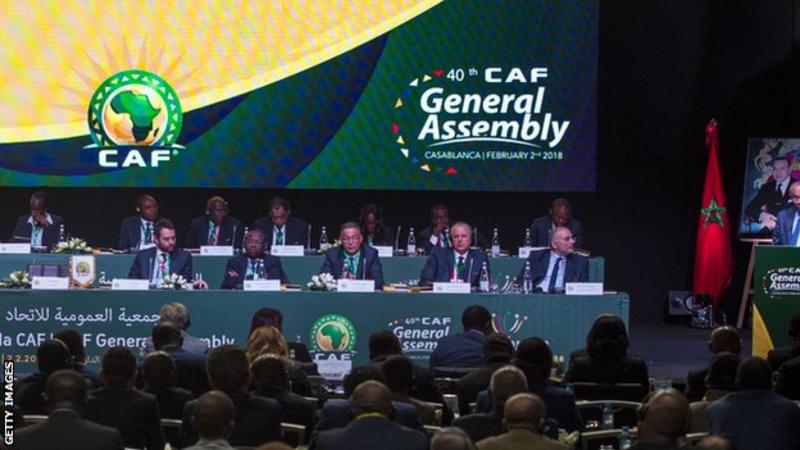 Caf's ExCo - which is effectively the organisation's board - also has issues to address in light of the audit, which questions the manner in which they are compensated.

"Exco members - jointly or through a committee comprising a part of the Exco members (e.g. compensation committee) - propose and approve salaries, bonuses, end of term benefits, indemnities and allowances for the members of the ExCo, leading to a self-approval situation."

Thirty-five payments made to the ExCo were reviewed yet not one had all the 'required documentation to clearly establish the legitimacy of the payments.'

In 2016 - a period when Ahmad's predecessor Issa Hayatou was in charge - $36,150 was paid to wives of ExCo members yet the latter could not provide documents re the 'eligibility of spouses of ExCo members for such payments'.

Despite receiving indemnities of $450 per day when on duty and an annual bonus of at least $60,000, ExCo members are considered by the audit to hinder Caf's daily working activities.

"The ExCo, which is held responsible to take all executive decisions, meets once a quarter, resulting in delays in key decision-making and preventing managers of Caf departments from making timely business-critical decisions." 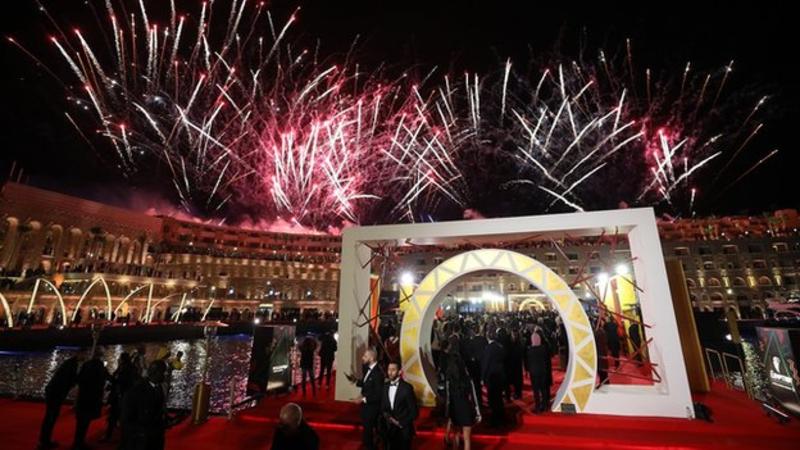 With an unclear hierarchy and delays in decisions, Caf's working environment appears far from perfect - with the result that staff are said to be 'demotivated'.

"Staff expressed a lack of systematic communication, concerning key decisions, resulting in great amount of unclarity … and feeling of exclusion," said the audit.

"Staff are unaware of the existing organisation structure… Job roles and responsibilities assigned to individual staff members are not properly defined and known."

The list goes on - from a lack of leadership, committees meeting on an 'ad-hoc basis without systematic planning' through to the lack of a dedicated IT department.

In addition, staff attendance, overtime, vacations and medical absences are said to be neither monitored nor captured.

Meanwhile, large swathes of financial records are simply missing - with PwC estimating that it was unable to access around 20% of the data required for the period in review, which covered 2014-2019.

"Several sweeping governance and operational measures have already been implemented before and during the six-month partnership with Fifa," Caf's statement said.

"The ExCo has scheduled a meeting for 14 February to validate the 2020-21 Caf roadmap which will take into accounts (sic) all the recommendations."

Given the roadmap suggests relieving the ExCo of management and administrative responsibilities, it promises to be quite some journey.

09 December 2019
0 Comment
Cardi B reacts after Ghanaian Celebrities called her out for ‘snubbing’ them.